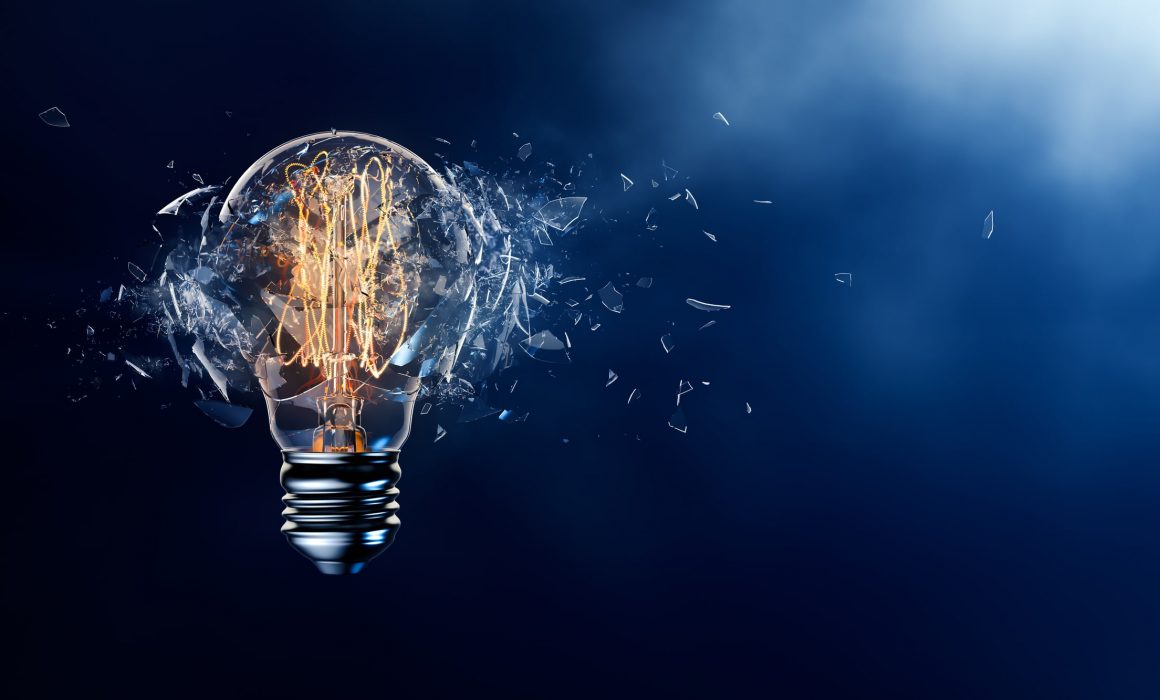 In 1995 Clayton Christensen defined disruptive innovation as allowing something that was very expensive and only for a wealthy few, to become much cheaper and more widely available to the masses. An example of this might be Henry Ford’s development of the assembly line which made his dream of making automobiles affordable to ordinary people come true.

Disruptive innovation can also be defined as the discovery of an important problem that no one has ever seen before or a problem that has been ignored. This discovery is the beginning of an innovation process that is a result of scientific research.  The process continues by taking the time to understand and define the problem, which leads to creative solutions and successful implementation.

The first step of the process, discovering the problem, is called generation or problem finding.  People who prefer this step are called generators.  Their way of looking at life means always being aware of the present and understanding that 80% of everything is just showing up. Underrated at first, generators enjoy disrupting the status quo and often are seen as coming out of nowhere.  They usually are not taken seriously but their impact is groundbreaking and revolutionary.

Another part of the process is conceptualization.  This is the ability to have a mindset that seeks to visualize the real objective or the real problem.  For example, when Netflix wanted to infiltrate the movie rental market, they did not define their problem as how might we compete with Blockbuster, instead, they defined their problem as how might we help consumers rent videos easier?    By asking what’s stopping consumers from renting video’s easier, they uncovered several obstacles, such as consumers do not like having to drive to stores.  This led to sending dvd’s directly to their home.  Netflix became a household name, synonymous with renting movies and has continued to disruptively innovate.; when consumers did not always like going to the post office, for returns, and the technology allowed, Netflix was the first to provide on-line streaming of movies directly to the consumers TV’s.  Indeed, when done effectively, the innovation process can transform people’s lives and provides the ability to handle any problem.

WHAT IS IT REALLY

Many organizations fail to evolve and innovate due to their lack of leadership and ownership.  The proper problem to solve cannot be found unless there is ownership of the problem, people need to take responsibility.  Egos aside, leaders must admit they have been overtaken or surpassed, only then can the true process of innovation begin to develop.  Do not blame, fact find, ask how might we react?  How might we find a disruption?  Leaders need to establish an innovation process.  If there is a process in place anything can not only be overcome but glass ceilings could be shattered.     Companies that choose to perpetually challenge the status quo, even if it’s themselves, will continuously implement, optimize, conceptualize, and generate opportunities.  By making innovation a part of the organizations DNA, problem-finding will naturally occur and create countless opportunities to disrupt accepted norms.  When given the chance, people can find their own answers, they can think for themselves, and the result would positively impact and potentially change our world.

-to ask what kind of problems?  People’s problems

-think of the customer, even if it’s a potential customer

-have a positive mindset

-hang on to possibilities

-change how we operate

There is a need to shift a person’s mindset to welcoming problems as opportunities and possibilities.  Changing the game relies on properly identifying and defining problems.  One person is not as powerful as 5, 6, 7, or more, if they are able to communicate with one another effectively.  It is one thing to put the knowledge of a group together, but they must have a process to operate within that everyone understands and engages.  When people collaborate in an environment that not only supports but also encourages questioning purpose and challenging organizational objectives, organic solutions will flourish and evolve into disruptive innovation.

In a society that is constantly told what and how to believe, an individual’s ability to think critically has measurably decreased.  Fewer people are questioning the problem because they are too busy finding a solution that doesn’t align with the purpose.  We no longer dig deeper to find the root of an issue in order to address it appropriately and effectively.  Future innovation relies on teaching problem-seeking from a young age.  We need children to ask how might we?  And to challenge the status quo.  Disruptive innovation is learned.  If developed effectively, people will grow to naturally disruptively innovate.  They will ask why?  What’s stopping us?  With the ability to adequately define problems, the possibilities for future disruptive innovation are infinite.

When a problem arises, people generally scramble to find solutions without asking why or how the issue initially came to fruition.  Most often people are trying to solve problems that they don’t understand or even know how to define.  The problem isn’t the issue, it’s the people.  What is lacking is an understanding that the problem is, in fact, the most imperative part and complex part of innovating solutions.  Those that seek problems are the true innovators, they continually problem-find instead of problem-solve.  Organizations that can develop a mindset that asks how might we? And why? What’s stopping us?  Will continuously evolve and be the keys to disruptive innovation.