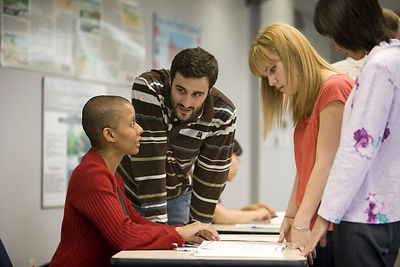 Interdisciplinary teams often get stuck arguing endlessly for and against solutions that would sub-optimize individual members’ own department’s goals. By stepping back to agree on the few key facts which are blocking them, they can free themselves up to define create a unifying and energizing “How might we?” problem to solve.

Here is a real example. For several months an inter-functional team had not been able to make progress. Stepping back, they finally agreed on two competing facts : (1)Manufacturing says that if we lay the potato chip bags flat in the carton instead of stacking them vertically, manual labor can be eliminated for huge savings; and (2) Sales says flat bags will take the grocer much too long to count the number inside before he will pay. Using some imagination, the team ended up with consensus on the right problem: “How might we lay the bags flat yet still enable the grocer to quickly confirm how many are inside?”

This week’s Minsight: Could a nation who helped put a man on the moon figure out ways in which we might lay the bags flat yet still enable the grocer to quickly confirm how many are inside? I’ll bet you have already thought of at least two ideas that would work right away.

Hint: If you are on such a team, try suggesting agreeing on a few key facts and then using them to building a positive, exciting “ how might we?” challenge together.